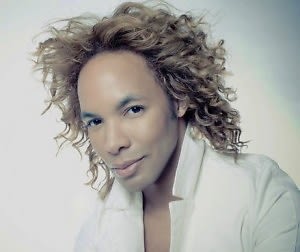 In the sixth installment of our Real Housewives of D.C. bio series... "oh, what's that?" you say? The show only has five housewives? Yes and no. Last Thursday night we were introduced to the de facto sixth housewife -- and perhaps the only cast member with a biography befitting the show's premise -- Paul Wharton.

Wharton made for some of the most interesting moments of the show's premiere: changing his hairstyle every scene; bringing the dramz by telling Michaele that Lynda thinks she is too skinny; and just generally housewifing it up with Lynda--a relationship that appears to be one of the most genuine on the show. 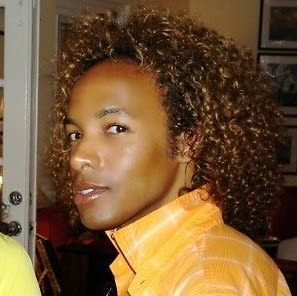 Wharton, who hails from Maryland, says he had a hard time growing up gay.  It was when he moved to New York and embraced the City's thriving party scene that things turned around for him.

"My 20s were a blast because I was doing a whole bunch of great stuff in New York, [making] really good cash, and it was like I could do anything. I was partying with the most fabulous people, staying out all night long, going to breakfast in the morning.

Wharton signed his first modeling contract there, setting off his career in style, modeling, and on-air work. According to his resumé, the sixth housewife is not just a Wilhelmina model; he's also an experienced reality TV star.

While Wharton is a D.C. based celeb stylist and all around star, he is not a "local celebrity."  He is a D.C based celebrity.  There is a serious difference.

His reality TV stints include:

- Started his career as the MTV Model Coach on "MADE"

- Worked as the makeover guru on "The Ricki Lake Show" 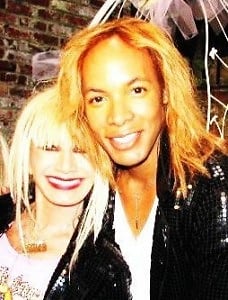 - Was a cast member on TV One's "Makeover Manor"

- Has appeared on CNN's "The Situation Room," and ABC's "Good Morning America"

But contrary to many of the emotions the DC housewives stir up in us, we kind of like Wharton. For example, according to Metro Weekly, Wharton came out to his mom after she called him to come home in a panic

''I was like, 'Look, so this is the deal. I am gay, and dating, and looking around, exploring things, meeting new people. This is me.'''

As his mother went into a state of panic, Wharton pondered what all the fuss was about.

''I called you because your American Express bills are too high,'' his mother told him. ''You're spending too much money. I had no idea you were gay.' " 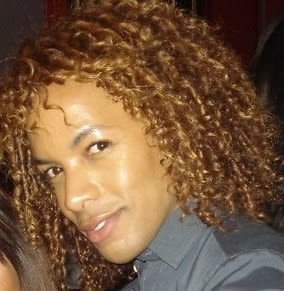 Wharton is also the only common thread between most of the women, who were clearly awkward strangers to each other on the premiere episode. In fact, he has cultivated close friendships with all of the women except Cat, although we expect this to change as the season goes on. He also makes no qualms about his role as the "sixth housewife," telling Metro Weekly,

"I had heard around town that they were going to do Housewives, and so I sent [the producers] my media kit. I was like, 'Look. I am the shit in this town. If you want the right bitches on your show, you need to get me. I know all the fun socialites. They're my friends. And I think that we need to have it be my friends and you can have me on the show.' "

So all in all, we're officially fans of at least one housewife. And as he told the Washington Examiner, he won't pick sides; just various hairstyles.

Oh.  And.  THAT BONE STRUCTURE.  Need we say more?