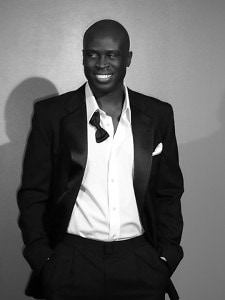 Someone happened to sit down for lunch next to Ebong Eka while he was in a business meeting yesterday.  Score! Besides complaining how hot and crowded the Capitol File event was Thursday night at Cafe Dupont, reminiscing about Canadian Candies, and making fun of Snooki, he discussed... wait for it...

starting his own reality show! Move over Real Housewives of D.C.!

A reality star wanting their very own reality show? This is shocking! Way to want to hold on to those fifteen minutes of fame before they're even over. What's wrong Ebong? Sick and tired of Lynda Erkiletian stealing the spotlight and trying to shove a cheeseburger in Michaele Salahi's mouth? Yeah, us too. 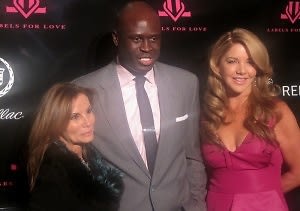 The tough part is guessing what his reality show could possibly be about. Will he go Snooki's route and search for love on 'Happily Ebong After?' A documentary on selling medicinal weed in D.C. on 'Pass The Ebong?' (We couldn't help ourselves...) Or maybe he'll travel around the country teaching kids math on their 'Eka-lculators.' He is an accountant after all!

We also learned that he and Lynda live out in McLean, Virginia and she spends half of her time out in L.A.! With the Salahis an hour and a half outside of the District, this installment of Bravo's hit series is turning into Real Housewives of the United States, or at least Real Housewives of DC, Maryland & Virginia.  We don't think any of them live in Maryland, but as we've mentioned, the it's either D.C. proper, or the DMV.  One or all three.

We can't wait to see what comes of this!