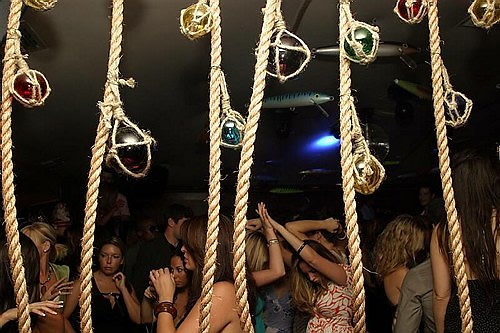 [All signs point to Dune being the spot]

Randy Scott, the one man bottle mercenary who has worked in the Hamptons for Cain in 2006 and Pink Elephant in 2007, will be joining forces this summer with Noah Tepperberg and the Strategic Group to bring the cream of the crop to Dune Southampton. Dune, which inhabits the former Jet East space and was redesigned by Steve Lewis. This was due in large part to the almost insurmountable competition that Randy and the Pink Elephant team posed right down the street. Many clubgoers opted for the larger, more open space that Pink offered at the Capri Hotel. Morevoer, because of Pink's successful run the summer before, it was a natural safe bet.

But with Randy Scott teaming up with Tepperberg's massive star pull, and Pink Elephant unable to renew their lease with the owner of the Capri, the stage is set for Dune to recapture Jet East's former glory. Also, Daniel and Derek Koch of Jour et Nuit and James Cruickshank from LOLA will be promoting at Dune as well. All four have had success in the past, and with no real competition in sight, all signs point to Dune being the spot. We'll be there Memorial Day, and will be eager to report on our findings.