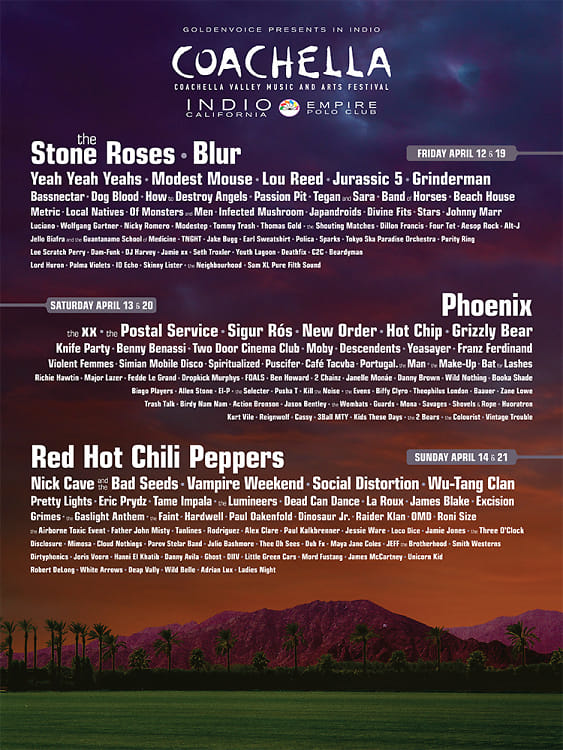 %@$#ING FINALLY! Here it is, everyone. Behold, the official Coachella 2013 lineup just released by Goldenvoice on the Coachella website. And The Rolling Stones NO esta! Also, what in the world are the Stone Roses doing in that Friday headliner slot? How confused is everyone by this? Because my friend just asked me if "Stoned Rose" is a band.

So that mystery photo they posted of the rock in the field was meant as a hint at the Stone Roses? Oh, and can we discuss Lou Reed and Wu-Tang for a second?!!!! Lots of surprises, others we all kind of knew. Thoughts? Reactions?

See our previous Coachella 2013 coverage leading up to this momentous breakthrough: