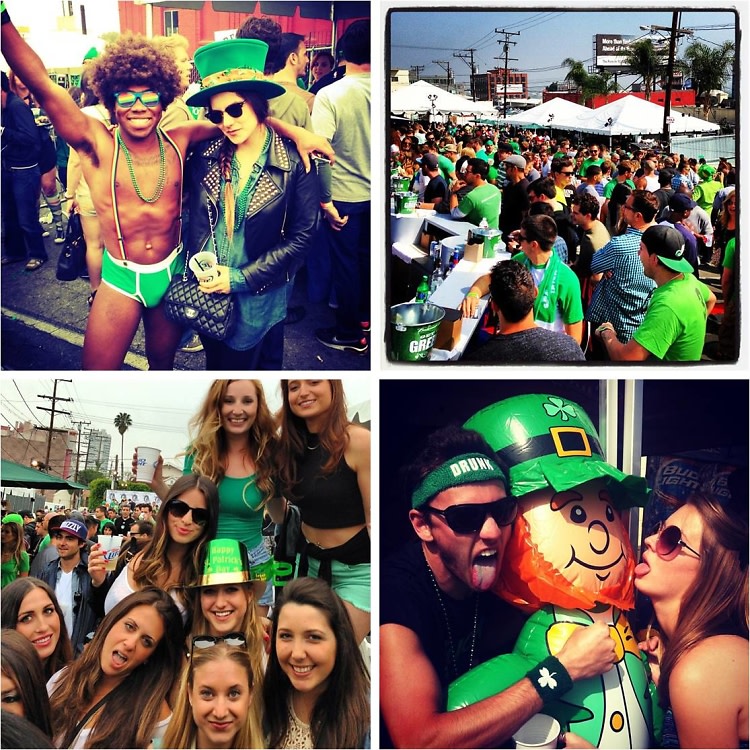 While over 20,000 Angelenos were busy preparing for and competing in the L.A. Marathon over the weekend, at least as many were up bright and early tackling another ambitious marathon--one driven by a burning desire to get riproaring drunk known as St. Patrick's Day. On both Saturday and Sunday, bars opened as early as 6am and large patches of the city were transformed into L.A.'s own Frat Row for the holiday. All were encouraged to drink from dawn 'til well after dusk or they could no longer stand upright, whichever came first. Check out this Instagram roundup of the very green beer-infused weekend of raging at Rock & Reilly's Block Party and the Casey's Irish Pub Street Festival for a glimpse into how L.A. got totally shamrocked for St. Patty's Day 2013.