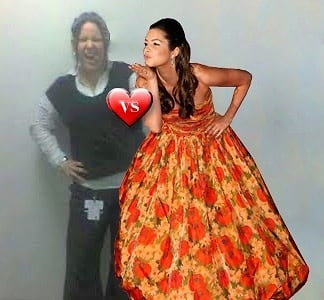 Some people crochet, some are in bowling leagues, some try to write the Great American Novel. And then there are some who kick back at the end of a long day by writing mean things about Julia Allison. (Clueless as to who JA is? Go HERE). These people can't seem to get enough of it, and her. The website ReBlogging NonSociety is sort of like the New Media version of a high school slam book: the mostly anonymous writers rip apart anything and everything having to do with Julia and her Merry Band of Lifecasters. Because people who choose to spend their free time writing and thinking about Julia are considerably more interesting than Julia Allison herself, we decided to investigate.... 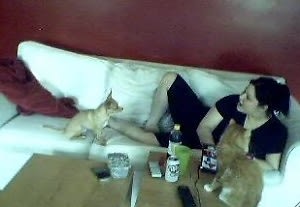 Meet Alice. Alice is a web developer who lives in New York, and likes taking pictures of herself and her dog, which she then posts on the internet (sound like someone else we know?). Oh, yeah, and she's also one of the four writers of Reblogging NonSociety.

It started off just like any other completely normal American hobby: when NonSociety first launched, Walker would go to the site and leave (presumably nasty) comments. Alice is also a frequent favorite GofG commenter, you may know her by her alias: PartyPants. Then, when comments were disabled on the Nonsociety, she found solace in the comments section of Reblogging NS, where she quickly garnered the attention of the writers. When first approached by Reblogging NS to become an official writer of a generally defamatory website, Alice, naturally, had her doubts:

"I was nervous about writing because I don't think I'm that funny, and I really enjoy the site. I didn't want to ruin it if I couldn't contribute something the readers would like. But it seems to have worked out ok."

Things worked out ok, indeed, and Alice quickly became one of the more popular writers on the site. Before long, what started out as a hobby evolved into what seems like an all-encompassing passion.

"I used to confine to weekdays, but now it seems like I'm posting something every day. Recently, it's several times daily."

But soon, even Reblogging NonSociety became too small a forum for Alice's ever-expanding dissertations on Julia. When she has leftover things to say, she writes about Julia on her personal blog as well. But just because she spends her days writing about the subject on multiple different websites does NOT mean she's obsessed with Julia.

Is there a line the writers won't cross, in terms of what they think is fair game to make fun of?

"Well, we all agree that calling her fat is just bottom scraping. We try to avoid that because, well, she's not fat. It happens from time to time anyway." 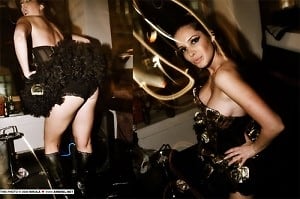 Alice's writing endeavors do not go unread: last month, the website got a staggering 280,000 page views. The writing on the site is actually quite good, as well; it's a shame, then, that it's wasted on a somewhat limited (and limiting) market. Still, the writers of Reblogging NS insist that the site is simply a hobby, and they want to keep it as such. Too bad it's a hobby as horrible as NonSociety's business plan.

The interesting thing, of course, is that Reblogging NonSociety, with its endless rants about the lack of legitimacy of NonSociety as a business endeavor and the founders foibles, is definitely doing its part to perpetuate and keep NonSociety in "business" (or at least the subject of blog posts). As long as people are, for whatever reason, getting their kicks by talking about Julia Allison, Julia Allison is here to stay. Alice, however, is unfazed by this.

"That personally doesn't bother me. We aren't some vendetta force out to ruin her. If someone moves along to her site and enjoys it then good for Julia. There's room for everyone. "

A point that we have to concede.

Alice is also quick to point out that she doesn't hate Julia. In fact, she was even willing to list 5 nice things about her.

2. She seems to really love her family.

3. She had really pretty hair before she started with extensions and that red color.

4. She does, at times, seem to display a sense of humor about herself.

5. She just keeps giving us something to talk about.

But #5 is really the problem, isn't it? Why talk about it? What is there to say that hasn't already been said, really? Sure, it's easy to endlessly pick anyone apart, and not that hard to do it comically. But then all we get is double the Julia Allison related output...and Julia does a pretty good job of writing about herself to begin with. So this begs the final question: If you're a good writer, if you're a funny writer, wouldn't your efforts and talents be better spent on...well....not Julia Allison?  Unless of course it is your form of media junk food.

[For more from Alice, go here and here]

DISCLOSURE: Earlier in the year, NonSociety published three pieces of mine, for which I was not paid or compensated in any way. I have never met, spoken, or corresponded with Julia Allison.