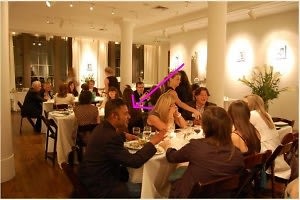 Poker, prostitutes and Paris have all made the headlines in nightlife news. Ultimate party crasher, Priyantha De Silva is sent to jail, the Pink Elephant will officially be returning for round two, The Nomad gives a sample of the long awaited cocktails, and much more in today's nightlife news round up.

1. Party crasher Priyantha De Silva goes to jail. Yes, that is right, karma has finally caught up with the man who steals from charity. De Silva was sentenced to 1.5 to 3 years in prison after pleading guilty to fourth degree grand larceny. [GofG]

[Photo: Priyantha De Silva at an event where he stole money from cancer research]

2. The Pink Elephant is returning-- only this time things will be sophisticated. It has been confirmed that the club is coming back to a new West Village location at the end of May as a "speakeasy-type version" of  the old Elephant. Owners and partners, David Sarner and Robert Montwaird said it will be a quieter experience with high-end cocktails and live music. [NYPost] 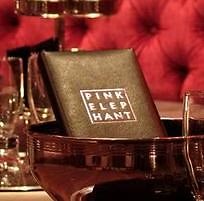 3. The NoMad finally reveals the long awaited menu of specialty cocktails. The drinks are inspired by George Kappler's Modern American Drinks, circa 1894. This intimate lounge is designed to look like a library, and serves 30 unique cocktails. [SeriousEats] 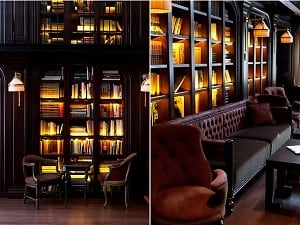 4. "The King of Pimps" is back in court and trying to sell a movie based on his life. Jason Itzler, who has been accused of high class prostitution is taking advantage of his court appearances to create a hype for his upcoming book or movie. He was first indicted last year on charges that he provided a prostitute for a customer at the Trump Hotel at Columbus Circle, as well as selling him $4,700 worth of cocaine. [NYTimes]

5. Former "waitress" Sara Copeland gives us a look at what goes on inside illegal Poker clubs. These games take place all around the city, including basements in the East Village, apartments in meatpacking and high-rise condos on Lexington. [TheDailyBeast]

6. The Standard East Village talks about their upcoming renovations. The hotel plans to introduce a new café outside on the Bowery and extend the hours of the restaurant's garden space. [EVGrieve] 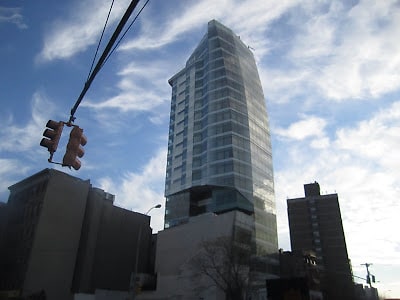 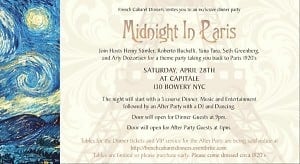 8. Burlesque is back as different clubs have been choreographing shows to cater to the rising trend. Les Fleurs de Shanghai in TriBeca is one of the clubs bringing back burlesque nights. The club is meant to mimic East Paris and is best described as "a music-and-burlesque night of vintage va-va-voom." [TimeOut]

9. 21 Club located in Midtown makes going out easy for night-lifers in the tri-state area with a new parking offer. 21 Club has reserved parking spaces that are going for an unheard-of deal of $5 for up to 6 hours. [21Club]