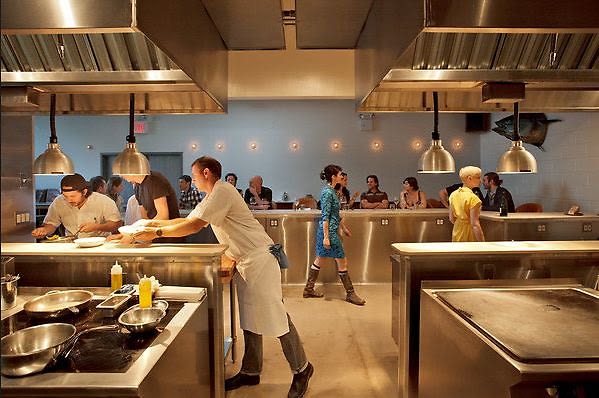 News of the Beatrice Inn's reopening is finally spurring up, Mickey Mantle's sports bar has gone out of business, Roberta's Pizza launches a new tasting-menu restaurant called Blanca, Lucky Cheng's is relocating the drag show to midtown, and more in today's nightlife news round up!

1. West Village locals have been counting down to the opening of the new Beatrice Inn, which will be called the Waverly. The only problem is the countdown seems to be never-ending, as the Beatrice has encountered multiple issues regarding building permits, and obtaining a liquor license. [Observer]

2. Roberta's launches tasting menu restaurant Blanca, making the prospect of sampling Chef Carlo Mirarchi's menu slightly more realistic. Bushwick restaurant and pizzeria Roberta's seats a handful of diners two nights a week and features a months-long (but totally worth it) waiting list. With the opening of Blanca, open four nights a week, epicures can finally fork Mirarchi's tasting menu for $180 (not including wine). The restaurant, located behind Roberta's and seating 12, starts taking reservations on August 1. [Eater] 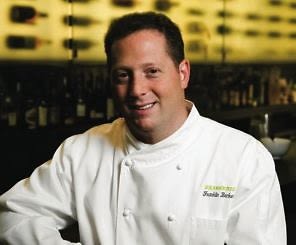 3. In more dining news, EMM Group and its now former corporate executive chef Franklin Becker broke up over the weekend. Becker, who oversaw the kitchens at Catch, Abe & Arthur's and Lexington Brass over the last three years, unexpectedly left EMM Group over the weekend. Reportedly, he's looking for a place of his own. Becker told Zagat: "We are going off into two separate directions and I wish them luck." Maybe they can still be friends? [Eater]

4. The Anchor, a bar in Soho, is fighting with the Attorney General of North Carolina to obtain a real anchor that was found on the historic pirate ship, Queen Anne's Revenge. Owners of the popular Spring street hub, The Anchor, have put a generous donation to the state of North Carolina on the table in exchange for the historic anchor that measures 13 ft by 8 ft. [Blackbook] 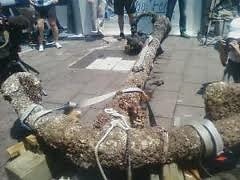 5. After 25 years of serving Yankees fans, Mickey Mantle's popular Central Park South sports bar has finally struck out. Before he passed away in 1995, Mantle himself used to co-own the restaurant. Unfortunately, the partners that took over for Mantle were unable to come up with rent for the past few months due to rising food costs, and shifting city regulations. The bar officially closed on June 5th. [NYPost] 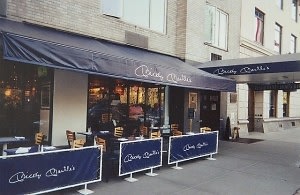 6. Rob Kaufelt, the owner of Murray's Cheese, is almost ready to open his latest endeavor, a brand new wine and cheese bar on Bleeker Street. The location used to be home to Bar'rique, but will now become a haven for cheese connoisseurs. Also, the bar will feature an extensive collection of wines and beers. The new project is slated to open in mid to late June. [Zagat]

Update: A representative from Murray's Cheese has contacted us to let us know that the opening has yet to be confirmed.

7. This is your last chance to party at La Pomme!

La Pomme will throw its last party Saturday night before closing down for good.

8. Hillside, a new extension to downtown restaurant and bar, Vinegar Hill House, has opened a 30 seat bar and cafe to accommodate guests while they wait for their tables. Hillside's highlights? Doughnuts, deli sandwiches, and a selection of island wines make our list for sure. [NYMag] 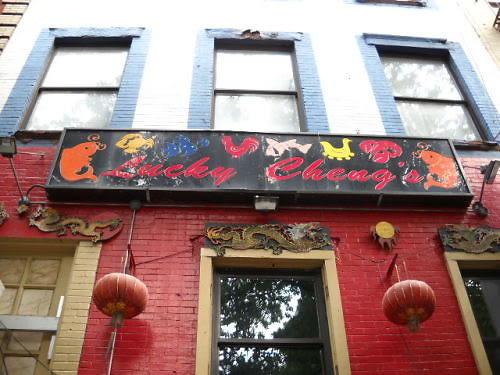 9. Lucky Cheng's is moving its location to a midtown space at 240 52nd street. The new midtown quarters previously belonged to club Touch. Lucky Cheng's owner, Hayne Suthon, hopes to get the drag show moving along as soon as he gets approved for two liquor licenses. [NYMag]

10. The gunman responsible for shooting a convicted drug dealer, and wounding two others at the Juliet Supperclub in Chelsea last November has turned himself in. Victor Walker, 47, was charged with murder, assault, and criminal possession of a weapon, and likely faces a long jail sentence. It was a rough Fall season for the Juliet Supperclub, as a man was stabbed to death outside the club just two months before the shooting occurred. [DNAInfo]