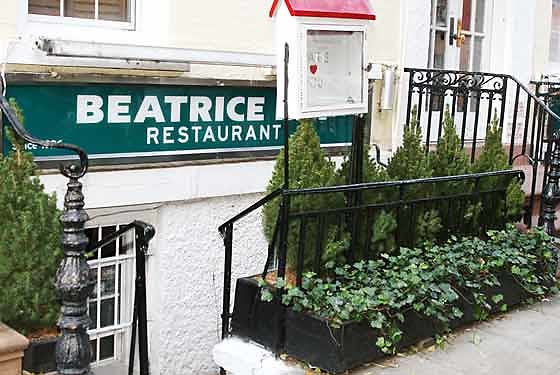 The Beatrice Inn is set to reopen this weekend, Super Linda will open an in-house tacqueria later this week, Lindsay Lohan may be moving from LA to NYC, and more in today's nightlife news round up!

1. The Beatrice Inn is set to open its doors on this Saturday, September 15th. The former hipster party hotspot closed down in 2009 after disgruntled neighbors rallied together and orchestrated a raid by the city. The new Beatrice Inn promises to be a family friendly neighborhood restaurant with a steakhouse style menu. Graydon Carter, Vanity Fair editor and owner of the nearby Waverly Inn, joined forces with owner Emil Varda and has been overseeing the renovations. [Eater]

2. Matt Abramcyk's Super Linda will open an in-house tacqueria later this week. The Tribeca eatery's new taco stand will be next to the main dining area. The menu includes dishes such as pastrami tacos and tortas cubanas and will be served to-go style. [Eater] 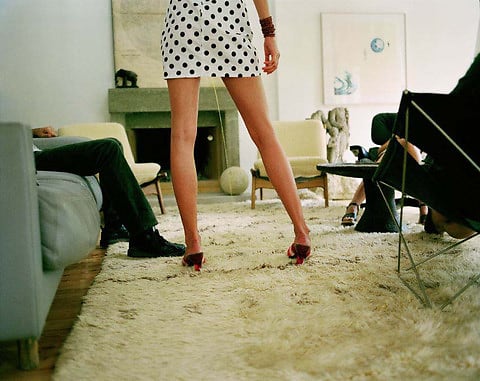 3. The Standard Hotels came out with a not very PC advertisement featuring a woman urinating on a rug. The print campaign was shot by Erwin Wurm and named the series "Pee On Someone's Rug." [FastCocreate]

4. Soho residents are trying to put an end to Fashion's Night Out. The SoHo Alliance and NoHo Neighborhood Association are blaming FNO's founder, Anna Wintour for the mayhem it has caused. In an email to Gothamist, they say "Stores hand out free booze without checking IDs. Word of it spreads. Crowds show up. When the stores shut, thousands of tipsy kids are forced onto the streets, looking for fun/trouble." The community board is set to hold a meeting about the matter soon. [Gothamist]

5. Look out New York nightclubs, Lindsay Lohan is moving to Manhattan. The Daily News is reporting that Lindsay Lohan will soon be moving to Tribeca. She is currently in town for fashion week and has been spotted at the Electric Room and Bowery Hotel. An outstanding $46,000 bill from the Chateau Marmot and a subsequent ban from the property may have fueled her decision. Lohan is originally from Long Island. [DailyNews] 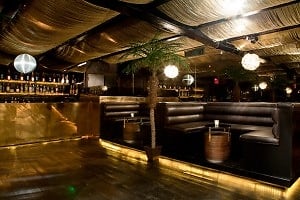 6. Lil Charlie's is now officially open to the public. The new club is situated below Ken & Cook and is the brainchild of nightlife veterans Mark Baker and Artan Gjoni. After a string of delayed opening dates, the highly anticipated former XIX space officially opened Friday. [UrbanDaddy]

7. A Hooters in Queens is being sued for racial discrimination. A Korean-American man who ordered takeout from the restaurant chain discovered that his reciept had "CHINX" written as the customer name. His real name is Kisuk Cha. He was prompted to examine the reciept after he witnessed two waitresses giggling and "gawking at them." A 17-year-old waitress involved has since admitted to writing the racial slur and has resigned. This comes after a similar incident took place at a Papa John’s in Harlem earlier this year, when a Korean-American customer was identified as “lady chinky eyes” on a receipt. [GrubStreet] 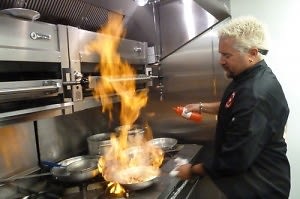 8. Guy's American Kitchen and Bar is now open in Times Square. The 500-seat behemoth opened on Monday to swarms of tourists. Guy Fieri, food network star, is the face and co-owner of the eatery. The restaurant pays homage to his show "Diners, Drive-Ins, and Dives" and will serve all-American fare (think burgers and nachos.) [Eater]

9. The Koi Group is opening Koi Soho which will be the fifth restaurant worldwide. The new location will be opening at the Trump SoHo. It is also their 10th anniversary of the group.