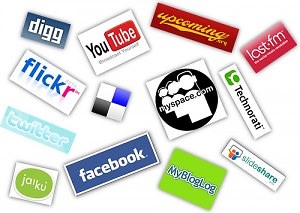 With the New Year, let's usher in a new era of harmonious Twitter and Facebook usage, by all pledging to be just a little less annoying on the internet...-

1. I Will Not Memorialize People On Social Media Platforms

There is nothing worse than settling down for a good facebook stalking session, scrolling through your newsfeed, and BAM: "John Smith, 1984-2009. rest in peace, man."  So then you're really depressed because either you know John Smith, and a facebook newsfeed is a shitty way to find out he died, OR you become morbidly interested in John Smith's life, and spend the next 20 minutes looking through his facebook photos and the sad, sad comments people are leaving on his wall. Either way, no good comes of this. Don't do this to people.

2. I Will Not Force People To Become My "Fan" On Facebook

Having trouble getting people to become your fans? It's probably because YOU AREN'T ACTUALLY FAMOUS, and your friends are secretly appalled/resentful that you would invite them to become your "fan" on facebook just for like, having a popular tumblr or something. Even worse is asking someone to become a "Fan" of your totally pedantic and boring company or Law Firm.

3. I Will Not Extensively Tweet About My Significant Other

Omg, do you have a boyfriend? That's great, congratulations! Oh, and you two hung out tonight? How cute! Oh, and the next night, too? Adorable. Oh, and you love him soooooo much? Imagine that. Oh no, you two are separated for 8 hours because one or both of you had to go to work? How trying. He's home from work and you are cuddling on the couch watching True Blood? How inspiring. He surprised you with flowers? He's adorable while he sleeps?  You LOVE just spending a night in with him? You're the luckiest girl in the world? Un-Follow.

It's really annoying when your Twitter Update feeds directly into their Facebook Update, lest anyone alive miss the fact that you're "Walking through the snow on the way to work, it's sooo cold!" right now. You really can't come up with 280 distinct characters? No one says you HAVE to update both, let's just avoid boring repeats in 2010.

5. I Will Stop Asking People To Recommend Me On LinkedIn

Do you really want someone to receive an email notification basically fishing for compliments? They'll probably just stare at their computer blankly and think to themselves: "Like, you're fine? But would I publicly laud your praises on an internet forum? IIIIIIIIIIIIIIIIIIIII dunno....."

YOU might think it's touching and thoughtful to send someone a giant lollipop to sell on their non-existent Farm for coins, but they might not be as appreciative. Especially if they, you know, have a life.

You SORT of know this person, and you're SORT of flattered that they care about your inane daily thoughts, so of course you feel coerced into following them as well. But then you're stuck with 10,000 updates about what they thought of "Avatar", scene by scene. Don't do this to yourself.

8.  I Will Stop Canvassing For EVERYONE'S Number Every Time I Lose My Damn Phone

Wait, did you even have my number BEFORE your lost your phone? Have I ever, ever, expressed any interest in calling you? And now I'm supposed to write my phone number on some public message board so your loser friends can call me 3 times a day pretending to be a sex hotline number? Pass.

By now, everyone should know that when you hit "Reply" to a mass facebook message, you're actually hitting "Reply All". Please stop plaguing everyone with facebook notifications just because you wrote "Oh No!" when someone has canceled a party.

10. I Will Stop Abusing The "Invite All" Option

Do you really think that the girl you went to High School with and is now working in the Peace Corps in Togo wants to hear you DJ at some random club in Brooklyn this Tuesday? No. She doesn't. She also doesn't want to receive 400 facebook "Reminders" about it. Target Your Audience in 2010!