New York Times journalist Brian Stelter has lost nearly 75 pounds since March, a feat he attributes to diligently recording his meals on Twitter. But while Twitter has held him accountable and served as the driving force for his weightloss, Tumblr also deserves some recognition for visually documenting it.- Stelter is an ardent fan of the GPOYW (Gratuitious Picture Of Yourself Wednesday, in tumblr-speak), posting portraits snapped with his iPhone camera or by a photographer at an event on his Tumblr, The Deadline. While rarely making explicit references to his weight loss campaign, his Wednesday portraits from March to August served as visual proof of his progress. 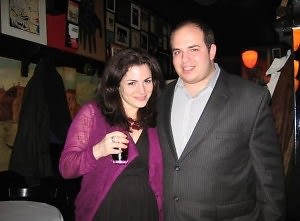 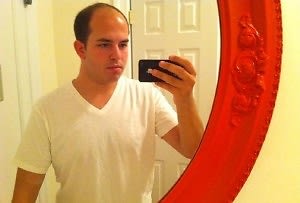 While dramatic "Before And After" shots are always fun, the collective photos from Stelter's tumblr show a slow but steady progression. (You can hold your cursor over the photo to see the date of the photo.)

Stelter isn't the only one to use social media as a way of keeping track of physical goals. CNET's Caroline McCarthy, for instance, recently took up running, and has been tracking her new hobby on both her tumblr and twitter. If her seemingly unbridled enthusiasm for the sport ever wavers, she has Twitter to keep her in check.

@caro @brianstelter25 At about 8.5 miles in today I felt dead, and it occurred to me that if I gave up I'd have to account for it on Twitter.

Foursquare founder Dennis Crowley, in an act of bravery that makes us shudder to even think about, has linked his scale to his twitter account, so his weight is broadcast whenever he weighs in. (Foursquare should maybe come out with some sort of Badge of Shame for checking into a restaurant.)

[All photos via The Deadline]