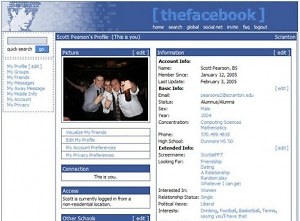 Places, the new Foursquare-like app on Facebook, is just the latest in a long, long string of innovations to the social networking site, but do you remember what it looked like before Apps, Newsfeeds, Statuses, and even pictures? We barely did, so we decided to take a stroll down memory lane...-

The First Version Of Facebook, Ever: Back when it was known as Thefacebook, instead of just Facebook, and was open to Harvard students only (aka the same time period as the setting for The Social Network).

According to this screenshot, the goal of Facebook was simply to "Find out who are in your classes" and "see a visualization of your social network", which refers to a feature they used to have where you could literally see a map of your friends and how they are interconnected. Hard to imagine this feature being possible today--people have too many friends, and EVERYBODY has Facebook. 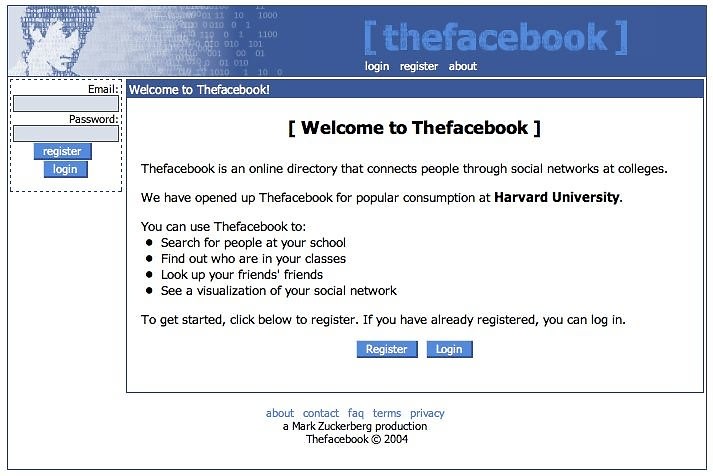 Summer of 2004: Following the success of Harvard, Facebook opens up networks at 34 colleges and universities. I joined at this time, the summer before Freshman year, and remember finding it difficult to explain what "Thefacebook" was to friends at other schools. Many people had accounts at this point, but not everyone. 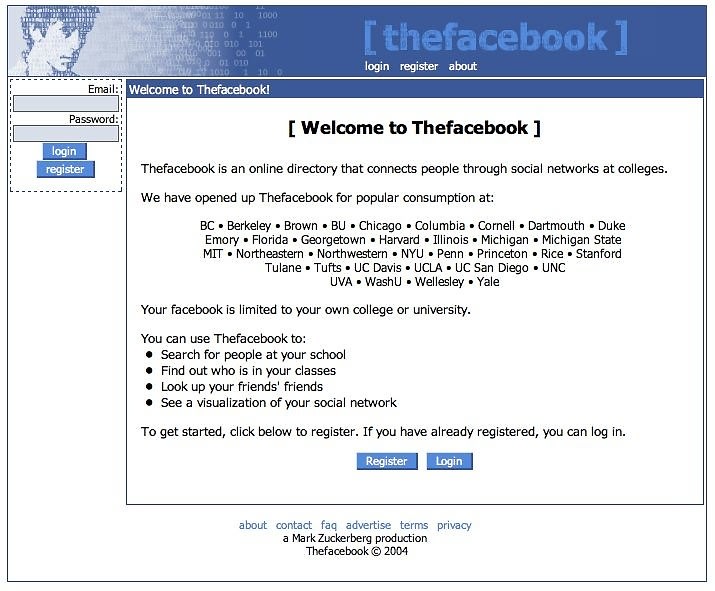 Fall of 2004: For pretty much the entire Fall, everytime you logged in to Facebook you'd see the newest schools that had been added to the network. Even at the time, I think, we were surprised at the rate it was expanding. By the end of Fall Semester of 2004, Facebook had definitely taken off in the college world, but was still pretty unknown by people who weren't in college. 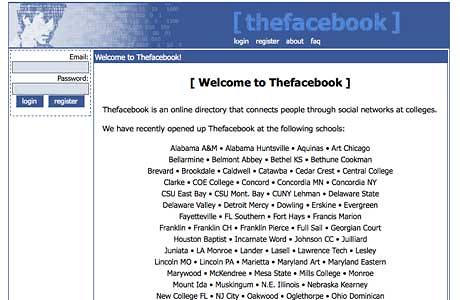 August of 2005: First mention of Facebook in the New York Times, ironically in an article about "MySpace".

"According to Nielsen/NetRatings, users spend an average of an hour and 42 minutes on the site each month, compared with 34 minutes for facebook.com, and 25 minutes for Friendster.--Alex Williams, NYT, August 28, 2005

Only 34 minutes a month?? Can you imagine? The site gets its second NYT mention a few days later on September 2, 2005, in an article called "Billion-Dollar Baby Dot-coms? Uh-oh, Not Again", in which venture capitalist Jim Breyer paid $12 million for a "modest stake" in what was then described as "an online service immensely popular with the college set."

Fall of 2005: Two big things happened on Facebook in the Fall of 05: High School students were (very begrudgingly) added to the mix, and pictures were introduced for the first time. People were sort of horrified that they could be "tagged" in a picture without their consent. Up to this point, the only pictures on Facebook were Profile pictures, and if you didn't have one, you looked like this: 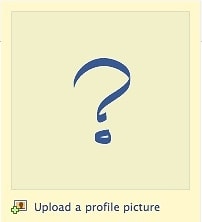 Winter of 2005:This is what a Facebook Profile looked like in one of its early iterations. The "Visualize My Friends" button is the map of your social network feature mentioned earlier. Another interesting aspect of this version of Facebook is that most people obviously logged on from Dorms, and Facebook KNEW which dorm you were writing from. There was also a widget on the bottom left that let you see at which schools you had the most friends. Meanwhile, people who weren't current students had started to log on, but you still needed access to an ".edu" email address to register. "Facebook Groups", were still immensely popular, and people created new ones all the time, however you could only belong to a group within your network (usually your university.) 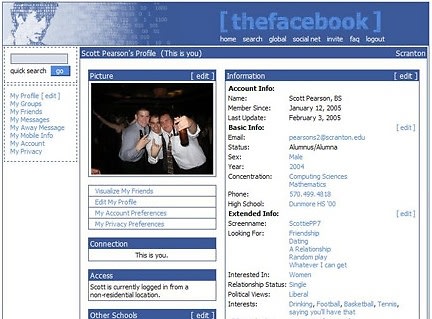 September 2006: Facebook creates an uproar (no, really, it was an uproar) when it introduces The Newsfeed for the first time, which culls people's updates into one homepage, basically broadcasting the news everytime someone changes their relationship status (or worse, whether they're "Interested In" men or women...). Group pop up all over Facebook, most prominently the "Students Against Facebook News Feed (Official Petition To Facebook)", which has 284,000 members. Time Magazine had to write an article to explain the furor to the grown-ups. 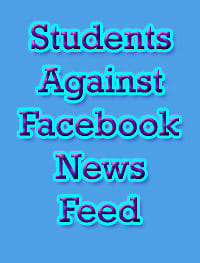 I Flip Over My Pillow To Get To The Cold Side

I Think Patterns On Scantrons Are Suspicious

I Tried To Ford The River And My Fuckin Oxen Died

2008: The introduction of The Facebook App is met with hatred and confusion, especially when a variety of apps popped up claiming to let you see who is looking at your profile (if that ever does become possible, I swear to god it will be the end of Facebook.)

Most of the apps have gone away, with some lasting exceptions (ahem, Farmville.) Facebook Chat was also introduced around this time. 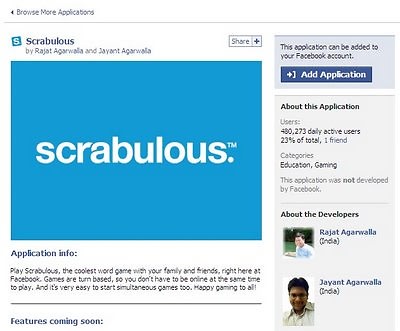 Facebook Today: Changing every few weeks or so. Not the same.

A look back at some other sites when they were first introduced... 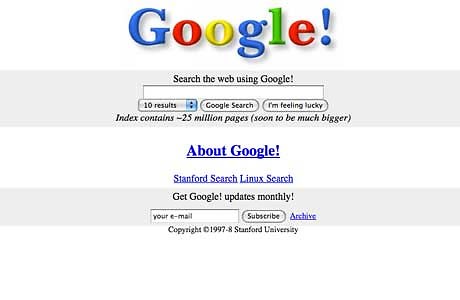 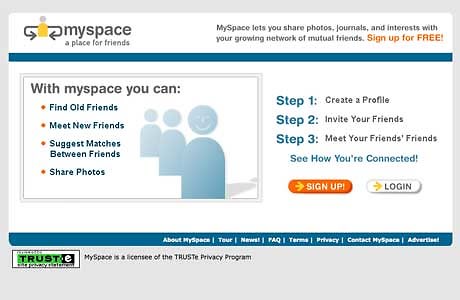 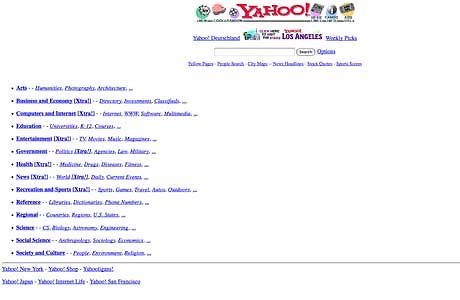 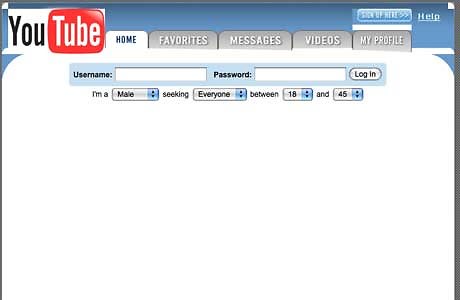 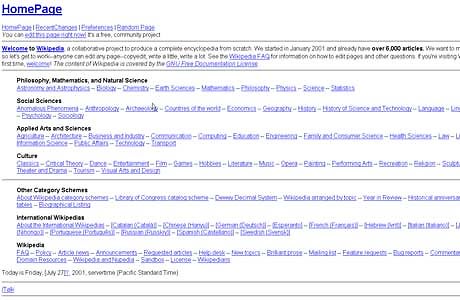 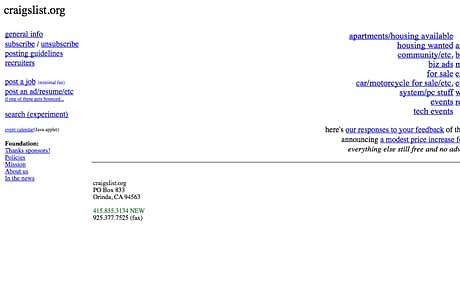