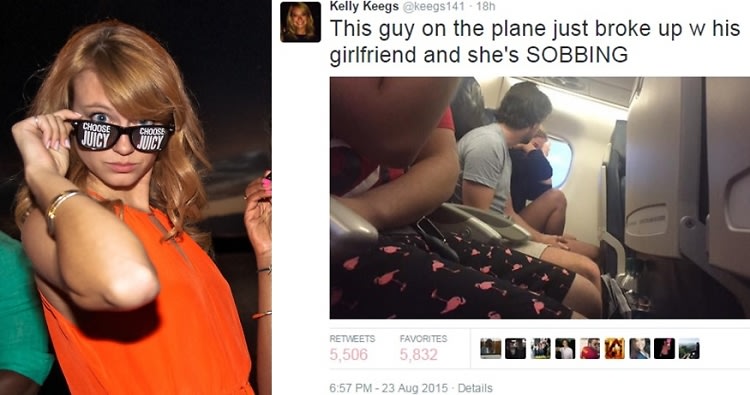 Last night, our girl Kelly Keegan, better known 'round the world as @keegs141, went viral in a matter of hours. Um, mid-air, no less. Yes, the blonde babe behind #PlaneBreakup-gate is a former GofG-er and one of our BFFs, so we're totally freaking out (/totally jelly) about her major Twitter fame. To recap, she live-tweeted like the best of us when a drunk mess of a couple broke up on the freakin' TARMAC before a flight. Sobbing and hilarity ensued and she became a national trending topic. Of course we had to g-chat her and find out the secret to becoming Twitter famous (and beg her to RT us again soon - let us ride that wave, bitch!).