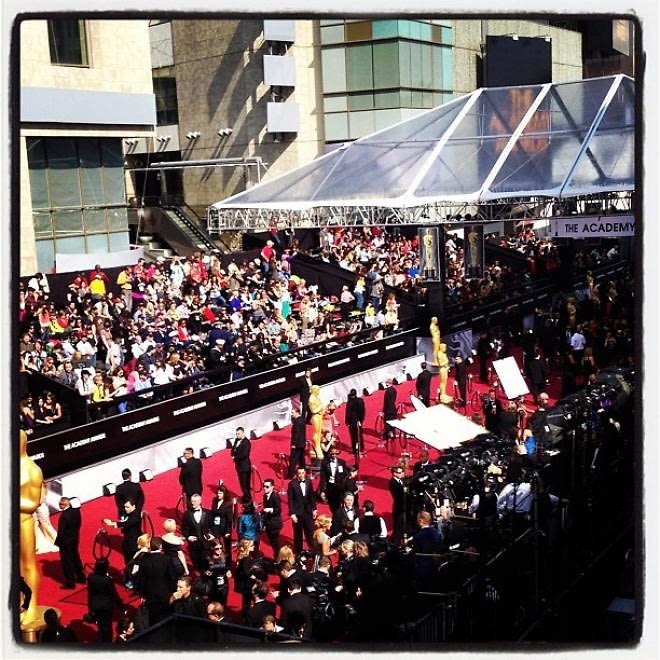 This week was filled with all kinds of award season madness. It kicked off with Oscar Nominations and was followed by the People's Choice Awards and the Critic's Choice Awards. But the show we're looking forward to the most is the Golden Globes this weekend. Hosts Amy Poehler and Tina Fey promise that this Sunday's show will be "the sloppiest, best ever." To find out what Hollywood has to say about all of this, check out our roundup of the best tweets of the week.