In a bid to subject every corner of the metro area to the harsh glare of reality TV, "a prominent cable network" will dispatch its schlubby cameramen to Long Island. If you are a "Strong Island" "It Girl", submit your application! Which part of the potato field will be disgraced? Not the Hamptons!

The anonymous network sent out the following ominous casting call:

"Did you grow up accustomed to the finer things in life… on Long Island? Do you spend summer weekends in the Hamptons? Are the big tents in Bryant Park a right of passage- and a semi-annual event- in your circle? If so, we want to hear from you!

A prominent cable network is casting fun and fabulous, well-heeled New Yorkers of privilege who hail from Long Island, for a new docu-series about their enviable lifestyles- as they make their way to and through the greatest city on Earth!"

So we can glean from this that the show is not looking for the summertime Hamptons elite, which is largely composed of legitimate and aspiring "It Girls" from Manhattan.  Nor is it interested in the East End's sparse year-round population, roughly split between a relatively modest, often blue-collar workforce and wealthy alcoholic divorcees who wallow in the area's heinous, storm-prone winters. (Also, negligent parents of horrid teenage "singers" on NYC Prep.)

What's left? There's Gatsby's North Shore Gold Coast, including hyper-rich enclaves like Matinecock, Sands Point, the Brookvilles and Old Westbury. This sub-region is kind of like a small, tastefully discrete version of Greenwich, its only flaw being that it is, well, on Long Island. 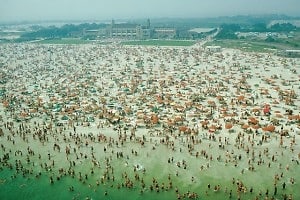 Further complicating the casting process are the famed Jewish fortifications of Nassau's Five Towns and the sleepy, farm and vineyard-studded North Fork out east, sort of the demure Nicky Hilton to the Hamptons' Paris.

Long Island is such a big place! Even its white inhabitants can brag about their diversity! It's difficult to predict how the series will pigeonhole LI. How could it, with clothing labels ranging from Lily Pulitzer to Armani Exchange to that Old Navy off Old Country Road and dance moves running the gamut from fist-pumping to the hora?

While producers grapple with this challenge, we'll start daydreaming about how future series can tarnish the images of the region's only stones (deservedly, because they are deadly dull) left unturned: Westchester and Connecticut.