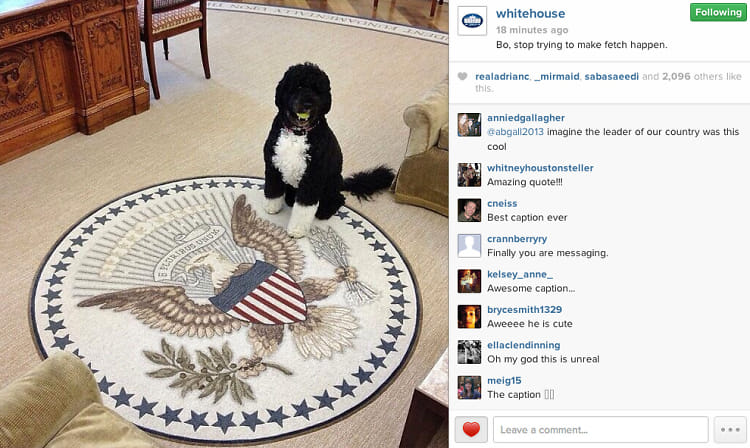 Whoever is running the White House's Twitter account is having some fun while the Prez is out of town!

A pic of Bo Obama was sent over the internet via 1600 Penn's account with a quote from the greatest movie of all time Mean Girls.

The caption read "Bo, stop trying to make fetch happen" with an adorable pic of the Portuguese water dog with a ball in his mouth. Within just a couple of hours, the pic had been retweeted more than 5,000 times.