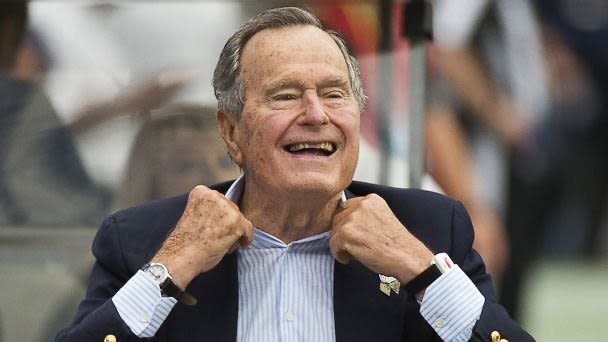 How about this for a #TBT? George H.W. Bush has joined Twitter!!!

Former POTUS joined on Tuesday, under the handle @GeorgeHWBush, and sent out his first tweet in honor of Nelson Mandela:

Barbara and I wish we could have joined the U.S. delegation honoring President Mandela today. He, and his countrymen, are in our prayers.

Since his inaugural tweet, Bush Senior has been absent from Twitter. Hopefully we'll get some great pics of Kennebunkport or his wacky socks!