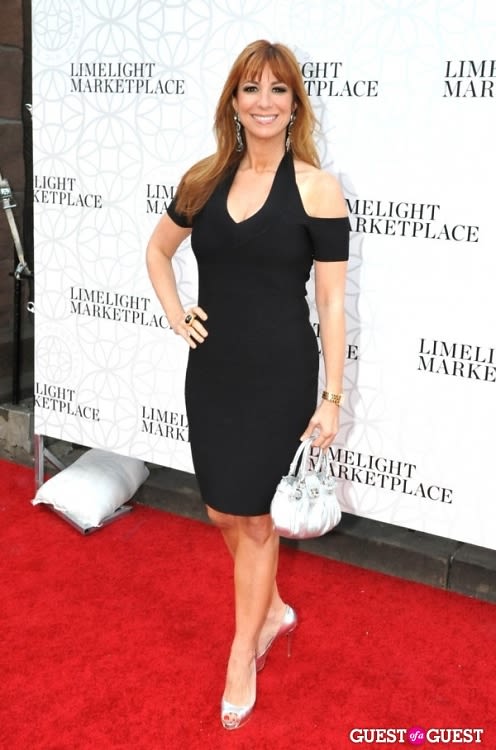 Jill Zarin was born on November 30, 1963 and raised in Woodmere, New York. After graduating from Lawrence High School, she attended Simmons College in Massachusettes. A couple of years later she moved to the Upper East Side with husband Bobby Zarin, owner of Zarin Fabric Warehouse and Home Furnishings in Manhattan. She does marketing for the store in addition to holding a real estate license. Zarin also has a daughter named Allyson Shapiro.

In 2009, she signed up to be on the second spinoff of Bravo's The Real Housewives' series, The Real Housewives of New York City. The first season's nine episodes chronicled the glamorous lives of Zarin and four other women (LuAnn de Lesseps, Alex McCord, Bethenny Frankel, and Ramona Singer) who lived New York. In addition to gaining insight into the everyday and familial life of the housewives, summer in the Hamptons, New York Fashion Week, dinners at the best restaurants and more were shown. Together, it proved to make a successful show and two additional seasons were created. An additional housewive, Kelly Bensimon, was introduced during the second season. The show continued to be praised and a third season resulted; the feud between Zarin and Frankel highlights this season. The fame Zarin has gained through the show has led to the 2010 publication of her book Secret of a Jewish Mother. The spotlight has not been all positive however, she has received hate mail and a reputation for being crazy. A fourth season is on it's way so be ready to hear more about Jill Zarin.

Before They Were Socialites, Part Twelve | Wednesday June 23, 2010

Opening Of Limelight Marketplace | Friday May 7, 2010

Harper's Bazaar and The ONE Group Host the Opening of The Collective | Wednesday March 24, 2010

Celebrities, Socialites, And Horses For Opening Day Of The Mercedes-Benz... | Wednesday July 22, 2009