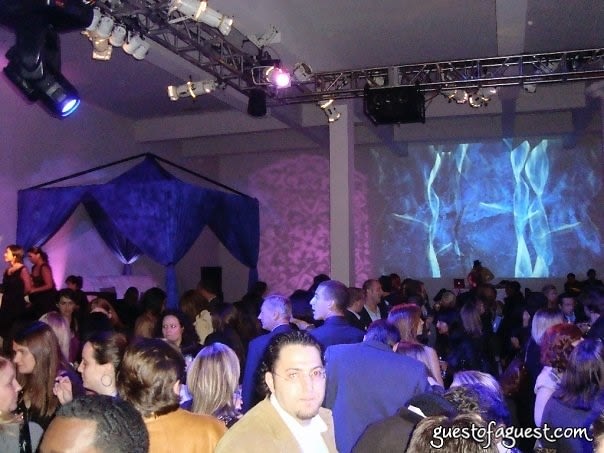 Go HERE for more photos from this night out by Scott and TAG YOURSELF and your friends!

Last night our bed was looking very inviting, but the call of friends brought us out into the brisk fall weather to Skylight studios. Skylight played host to the USWeekly Hot Hollywood Takes New York Party. US was toasting Zac Efron as its star of the year. We were told he was there, but we never saw the hide nor well coiffed hair of him.

The DJ was Cassidy, who in our opinion is the hardest working man in the business. We did a lap and ran into Richie Rich, Rob Thomas, Greg Link, Danielle Thur, Tara Fougner, Ali Puliti and many others. We then took our place on one of the VIP platforms. Ours included our old friend Eve, Jaslene Gonzales, Briana Swanson, Matt Levine and company.

More photos and story from this event below:

We then headed to our new standby, the Eldridge, that just keeps getting better and better. We met up with our Grace Gomez Brea, Beau Beasley, Ali Puliti, Adis Gutic and the most beautiful woman in the world Top Chef's Padma Lakshmi.

A final note. The Eldridge just received the "Best Display of Marketing Genius" by the Village Voice in their Best of 2008 NYC Awards issue. Matt Levine promptly thanked us and our coverage on Guest of aGuest. We think we definitely should share the credit, especially with DBTH. If instead of criticizing others, DBTH actually had a life, The Eldridge would have never received the avalanche of press that it did. So basically DBTH's vitriol has brought about just the opposite effect he was hoping for. Instead of the crushing failure he envisioned, it is a resounding success. Thanks to DBTH and all the other haters who will no doubt make negative comments after reading this.....

[The Eldridge...Setting DBTH Straight] [DBTH Will Get Into The Eldridge When Hell Freezes Over]